The duvet cover is one of the most exposed parts of the bedding and as such, it serves the double function of helping you get a good night’s rest and as a visual element that helps elevate the look of your Airbnb room or vacation rental space.

In our constant search for the best products for vacation rentals, we’re always reading reviews, talking with hosts, and relying on our own experience as hosts and guests. In this article, we’ll give you a rundown on what to look for in a duvet cover and how we ended up choosing the Bedsure Solid Color Duvet Cover as our top pick for the best duvet cover for Airbnbs.

What is a Duvet Cover?

A duvet cover is pretty much explained right there in its name—it’s a type of bedding that covers the duvet. The duvet cover serves as a protective layer to the duvet in the same way a pillowcase protects a pillow.

In some parts of the world, it’s customary to use the duvet in addition to a top (flat) sheet, while in other places the duvet (with cover) is used instead of a top sheet. Either way, a duvet is a great alternative to a blanket or comforter.

You might encounter the term “duvet cover insert”—that basically just refers to the actual duvet.

Why Get a Duvet Cover for your Airbnb?

A duvet cover is a worthwhile investment since it protects the duvet and makes maintaining the beddings easier. Duvet covers are machine-washable and inexpensive to care for. This makes them more cost effective than comforters, since the duvet cover is the part of the bedding that comes in contact with your guests.

You’ll be laundering only the duvet cover instead of dry cleaning the entire duvet each time after a guest checks out.

Duvet covers can also be used with comforters, though the comforter won’t always maintain its shape—but it is an option.

Duvet covers are also a huge visual element to your room since this is going to be the dominant exposed part of the bedding. They come in different patterns and colors which you can switch out and customize according to the style and season.

This can be a huge game changer in going for a certain look for your Airbnb space and could spell the difference between a guest checking in with you or not when they’re going through listings.

There are several factors you need to consider when choosing a duvet cover for your Airbnb or rental space:

Duvet covers can be made out of varying materials, and each calls for different maintenance procedures.

Materials like cotton, linen, and silk are popular for their breathability, softness, lightweight feel, and ease of maintenance. They are machine-washable, though cotton and linen do have a reputation for shrinking after a few washes and some stains could be hard to remove.

Flannel is another popular option. It’s best used on cold fall or winter nights because it keeps you warm and toasty since flannel traps heat and moisture in.

Some polyester and cotton-poly blends are also popular for their cheapness, but not at the cost of a premium and comfortable feel on the bed. They also tend to be more durable and lightweight, so a few runs in the washer won’t compromise their comfortable build and feel.

Duvet covers come in standard bed sizes, so it’s easy to find the perfect one to fit your full-, queen-, or king-sized bed. If you want to mix and match different duvets/cover combinations, just remember that the duvet cover should be just slightly larger than the duvet to fully cover it and hold its shape.

Duvet covers need to be easy to put on and easy to remove so you won’t go through so much hassle changing them up in between guests, since like pillowcases and bed sheets, duvet covers usually need to be cleaned after each occupant.

Design is where duvet covers shine; they come in various colors, patterns, and embroidered designs, and some have reversible covers so you can just quickly change the appearance of the bedroom.

The Best Duvet Covers for Airbnb and Vacation Rentals

We’ve scoured the net and have come with our top pick for the best duvet cover for Airbnbs and vacation rentals: the Bedsure Solid Color Duvet Cover.

The Bedsure Solid Color Duvet Cover is one of the best rated and reviewed duvet covers on the market today. It’s made from a polyester microfiber fabric and constructed in a way that’s comfortable and breathable, but can still keep you warm on colder nights, making it the perfect option for most sleeping conditions.

Bedsure promises that their duvet cover is high-quality and offers long durability and exceptional softness for a good night sleep. Its lightweight build makes it very easy to clean and maintain, which is a plus for someone running an Airbnb.

It has a zipper closure and ties on each corner to keep the duvet in place, making it easy to switch out for cleaning in between guests.

The Bedsure Solid Color Duvet Cover comes in 12 colors and also comes in a classic Waffle Weave variant that’s sure to add a touch of sophistication to your Airbnb. You don’t need to bother ironing this, since its wrinkled look actually adds a vintage accent to your bedroom.

Bedsure has garnered a lot of positive reviews for their duvet cover for its softness, comfort, and value for money, making it one of the best duvet covers for Airbnb bedrooms.

There are also other amazing options for duvet covers for your Airbnb and vacation rental rooms. The JELLYMONI Cotton Duvet Cover is also a solid option as, like the Bedsure, it comes in a variety of colors to suit your room needs—even this striped version!

The Amazon Basics Microfiber Duvet Cover is another duvet cover that has managed to get on our radar. With a variety of colors and patterns to choose from, you’ll be sure to step up the look of your vacation rental bedroom. It’s wrinkle-resistant and easy to clean. It also comes in a snap button or zipper variant to close the cover opening.

The Bedsure Solid Color Duvet Cover ticks all the boxes on what you need to look for in a great duvet cover for your Airbnb bedroom: it’s comfortable, lightweight, breathable, easy to clean, and comes in timeless solid colors and designs that are sure to have guests lining up to book your place.

You can also get the Bedsure duvet cover in a popular Waffle Weave pattern. And if you’re looking for some other options to compare, the JELLYMONI duvet cover (also available in striped), and Amazon Basics are worth a look as well.

Written by The Floorspace Team

This article was written as a collaborative effort by multiple members of the Floorspace team. We're a group of internet marketers and designers, with a wide range of experience marketing and managing short-term rentals.

Subscribe to our emails for the latest vacation rental tips and ideas.✨

We respect your inbox and your privacy. Unsubscribe at any time.

The Ultimate Airbnb Host Checklist: Everything You Need to Host Successfully

Successfully managing an Airbnb requires a lot of preparation. From complying with local regulatory laws, to knowing what to stock... 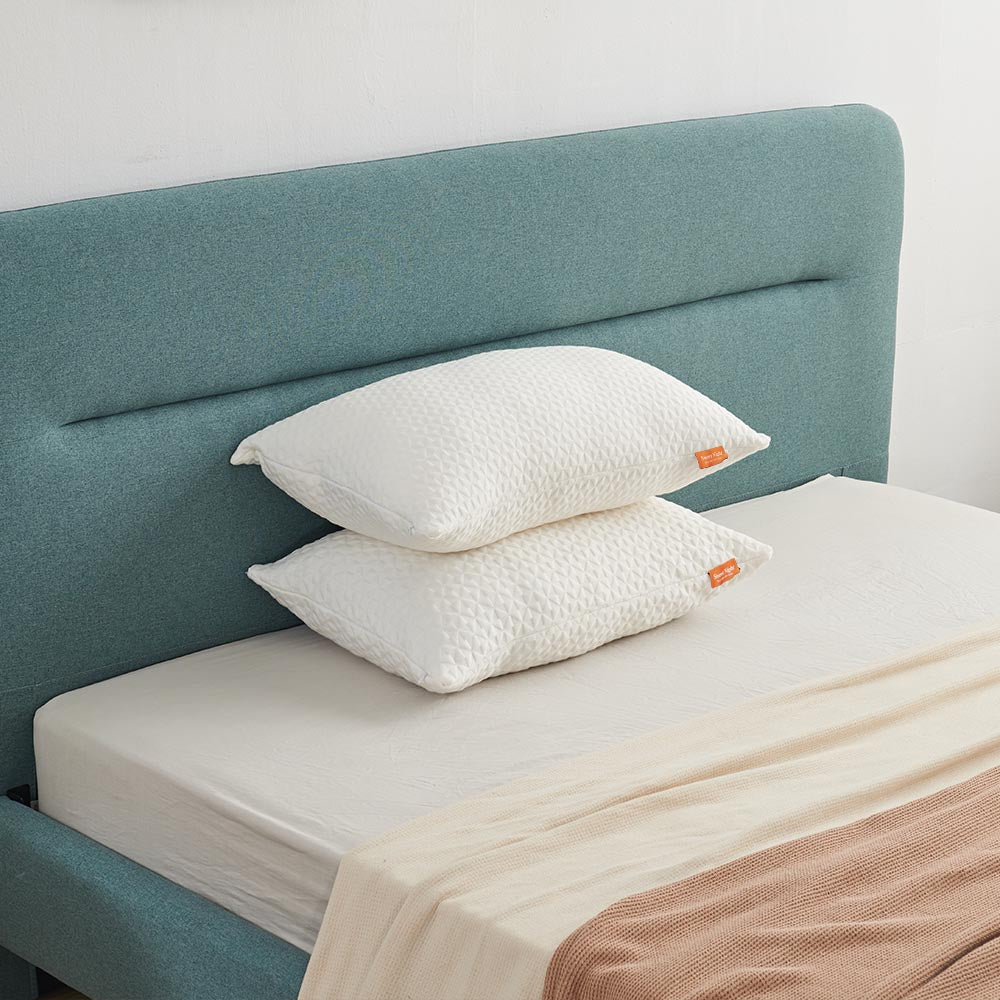 The Best Pillows for Your Airbnb or Vacation Rental in 2022

The pillows you provide can make or break your guests' sleeping experience. Give your guests a great night's sleep with our Airbnb pillow recommendations. 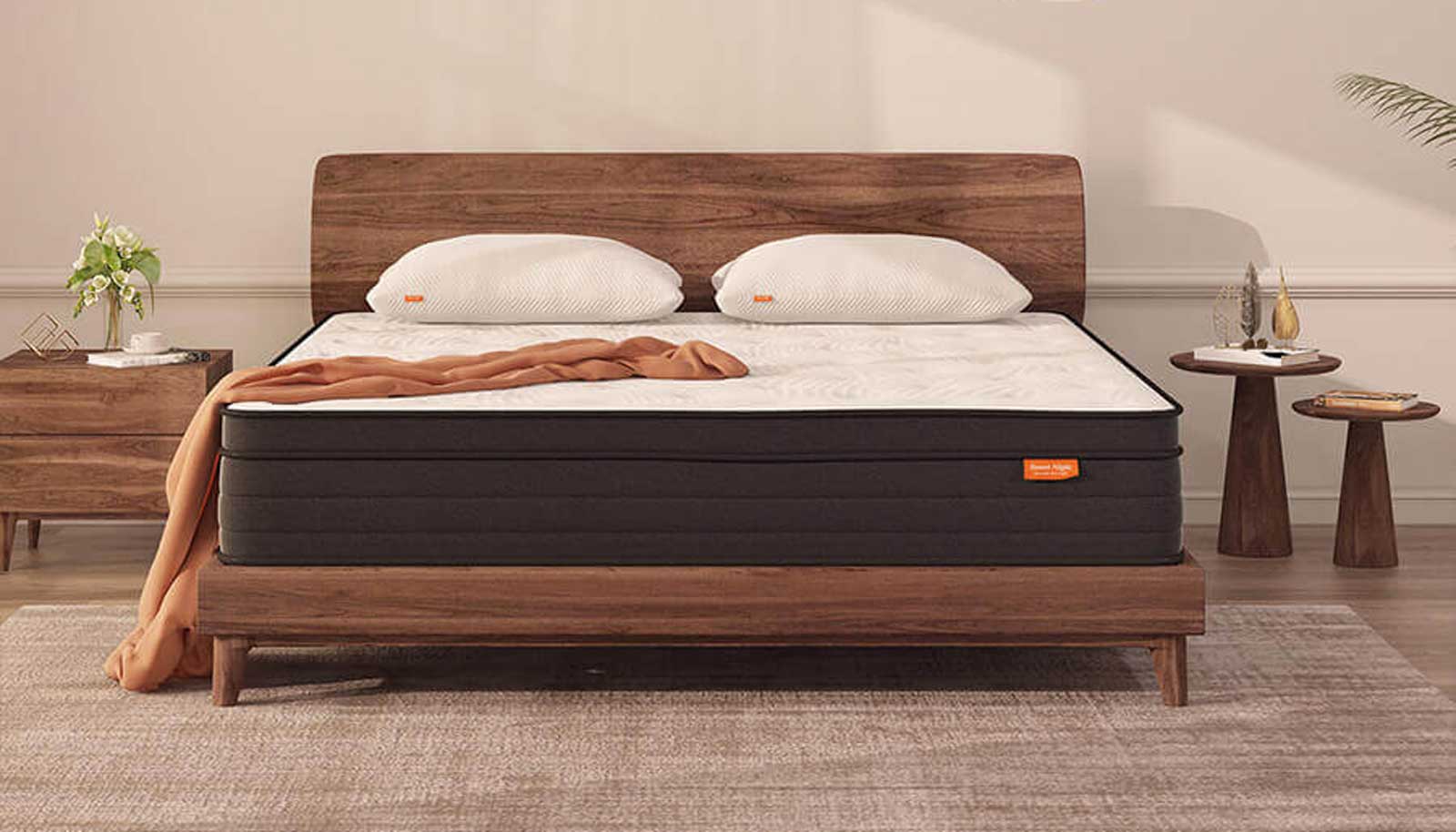 The Best Mattress for Your Airbnb or Vacation Rental in 2022

When it comes to sleeping in an Airbnb, most guests are hoping for a hotel-like experience. And there’s probably no...

Enter this code in the optional ‘Referral Code’ field.